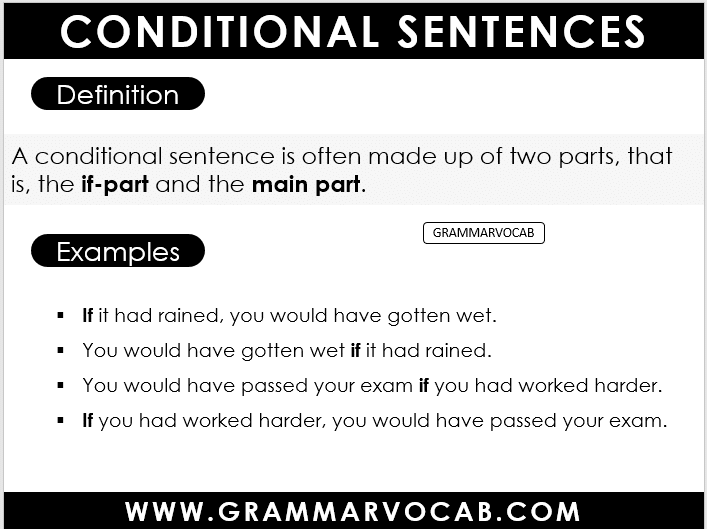 A conditional sentence is often made up of two parts, that is, the if-part and the main part.

“If you come” is the if-part and “we shall welcome you” is the main part.

Structure: If + Present Simple and will + Infinitive

Structure: If + Past Simple and Would + Infinitives

Structure: if + past perfect and would + have + past participle

Download pdf of the types of Conditional Sentences in English Grammar for free here.

1 thought on “Types of Conditional Sentences in English Grammar”