What is a Punctuation?

The method of indication by points or signs the connection of various parts of a sentence is called punctuation.

We make use of the following points or marks for this purpose: 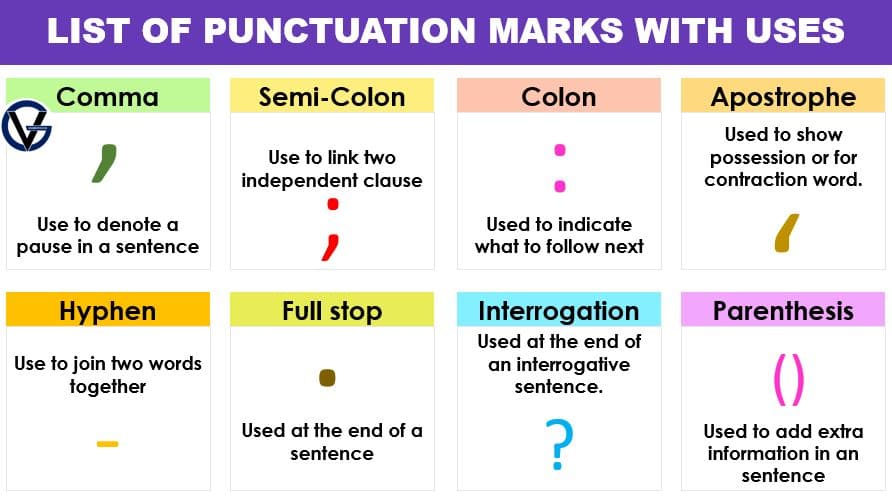 The full stop is used:

The colon is used:

The semi-colon is used:

The dash is used:

This was calculated to cause pain and distress to my servant_ but why should anybody care?

Any public person_ writer, speaker, actor, politician_is subtly made to feel that if he offends the press he will suffer for it.

An utter lack of intelligent interest, dreary boredom, and discontent, an entire want of conscience about the getting and spending of money_ these are the only states of mind that could drive anyone to the gambling table or the sporting columns of newspapers.

The inverted commas are used to indicate the exact words of a speaker or a quotation.

NOTE: if a quotation occurs within a quotation, it is marked by single inverted commas.

He said, “We must remember that “Honesty is the best policy.”

Parenthesis are brackets that are used to separate from the main part of a sentence a phrase or clause, which does not grammatically belong to it.

In America, says the encyclopedia libertarian (from which most of these figures are taken), there were only five sadists of importance in 1913, and now (1930) there are thirty.

The Hyphen is used:

To divide words into syllables and between one line and the next.

The apostrophe is used:

Let us thank God for his manifold mercies. 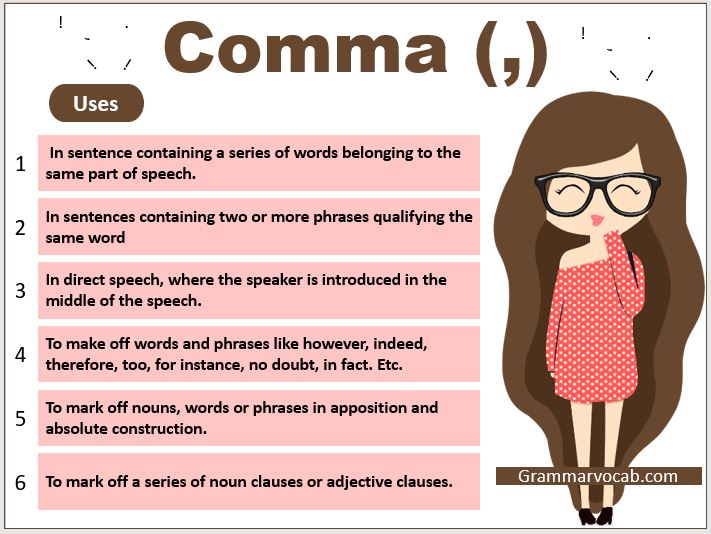 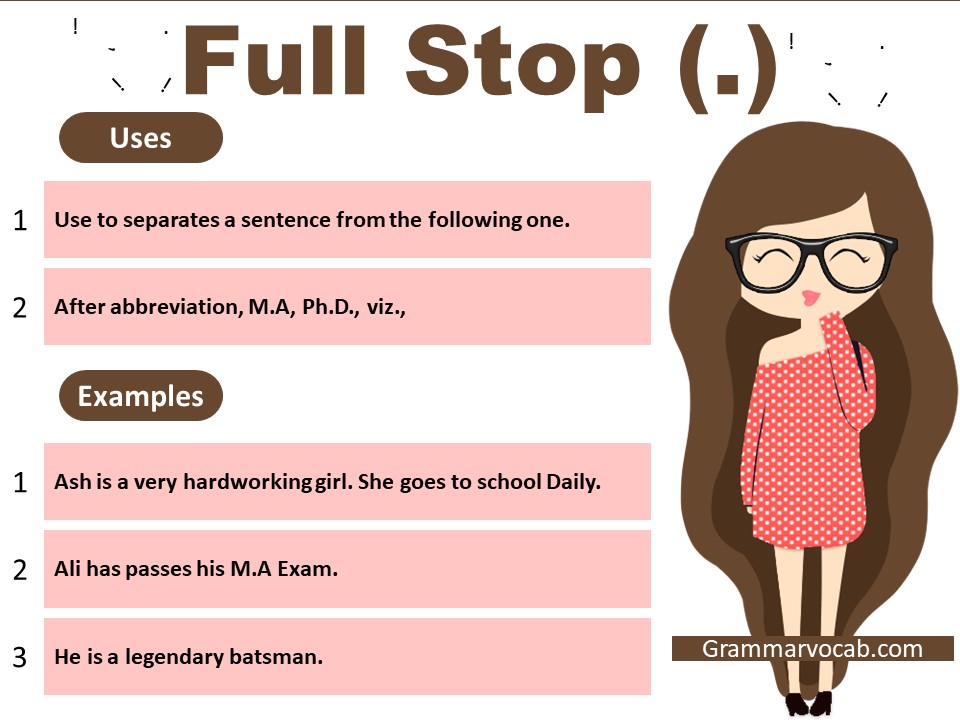 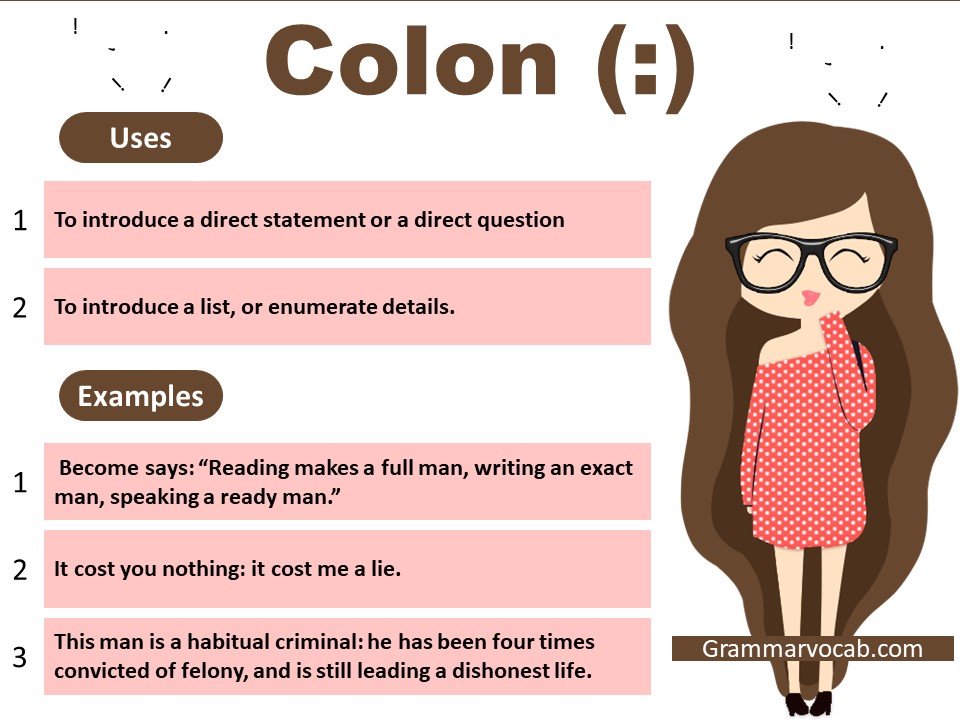 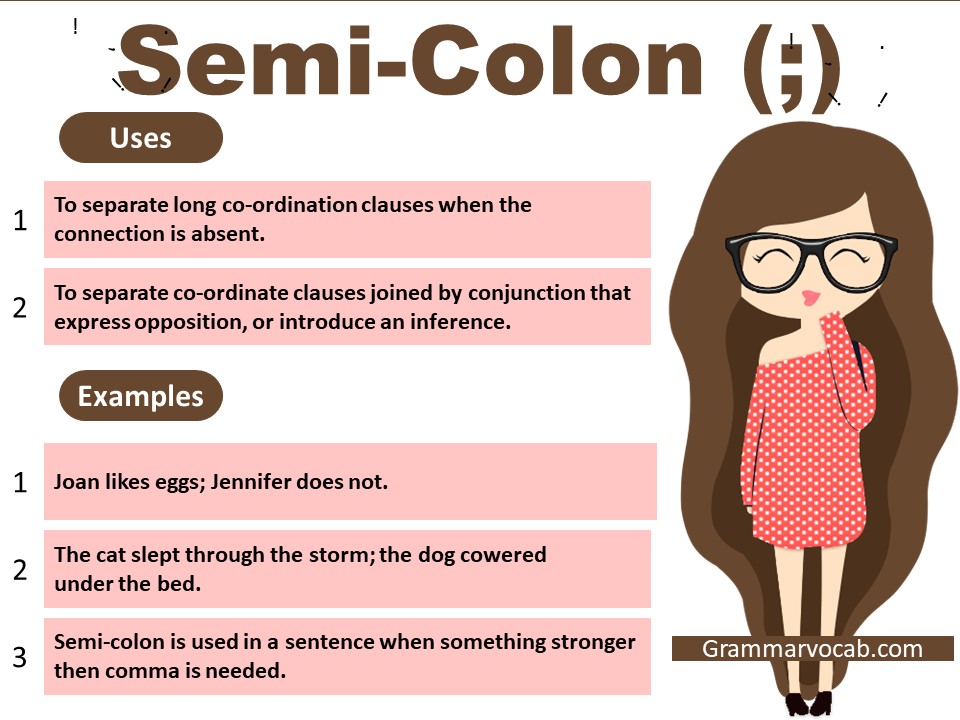 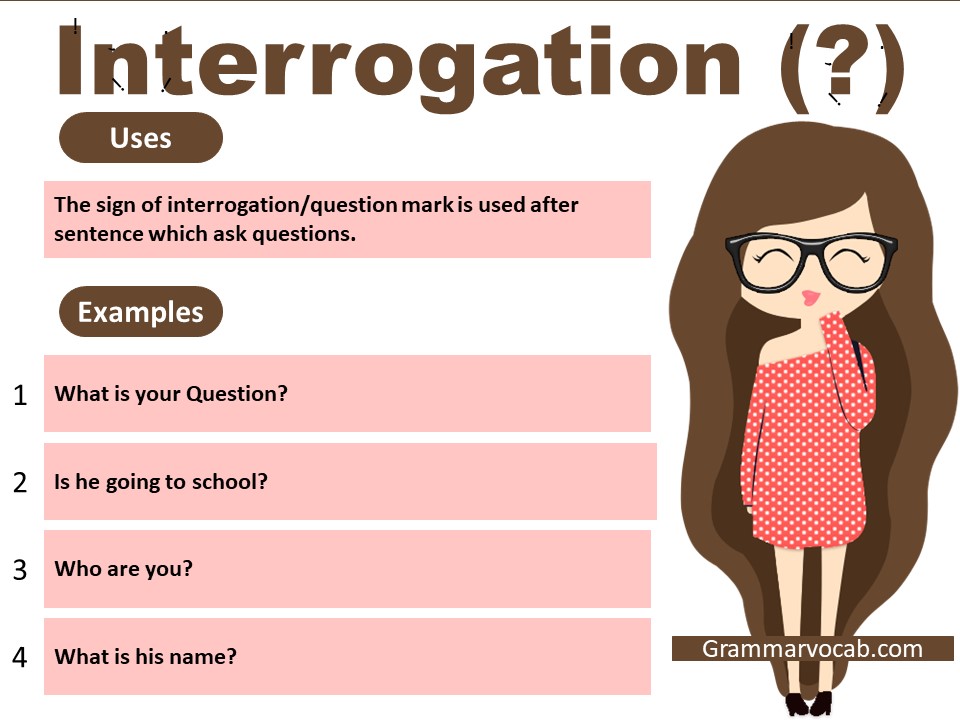 5 thoughts on “List of Punctuation Marks with Examples PDF”