Once, there was a crow. He was very thirsty. He flew. Here and there in search of water. Suddenly he saw a pitcher in a garden. The water in it was very low. He tries but his break could not touch the water. Meanwhile, he saw some small stones near the pitcher of water. He hit upon an idea. He put some stones into the pitcher. The water rose up. He drank it and flew away.

The Cat and the Mice

Once a cat lived in a house. Some mice also lived near that house in a hole. The cat had seen the hole and whenever it was hungry, it hid in the bushes near the hole. When any mouse came out it caught and ate it up. Soon the number of mice began to decrease. They decided to tie a bell around the neck of the cat so that they might hear it when it was coming. One day, the cat was having a sound sleep. All the mice together tied a bell to the neck of the cat. Now all the mice were safe because the bell rang whenever the cat came near the hole. All mice rushed towards the hole. They were very happy because of their wise planning.

Moral: Who will bell the cat?

Once, there lived a merchant in a village. He dealt in salt. He loaded salt on the back of his donkey and went to the city market to sell it. On the way, there was a stream. Everyday the merchant and his donkey passed through the water.

Once there was a hungry dog. He runs here and there in search of something to eat. At last, he found a bone from the market. He picked the bone and ran towards the jungle. There was a stream on the way to his home. He saw his own mirroring in the stream water. He thought that there was another dog with a delicious bone in his mouth. He wanted to get the other bone too. He started barking to his own reflection. His bone fell into the water as he opened his mouth. The greedy dog lost his bone in greed for another bone.

The Fox and the Grapes

Once, there was a fox in a jungle. One day, he was very hungry. He went here and there in search of something to remove his hunger. But did not find anything to eat. At last, he reached a garden. There were many bunches of ripe grapes. When he saw the grapes, he became very happy by just imagining their taste his mouth filled with water. He jumped up to get them, but could not reach them. He tried again and again but in vain. He gave up his struggle and went away saying that “the grapes are sour”

The Hare and the Tortoise

Once there lived a hare and a tortoise together. They were fast friends. The hare was proud of his fast speed. He often laughed at the laziness of the tortoise. One day the hare asked the tortoise to run a race with him. The tortoise agreed. The race started in time. The hare ran fast. The tortoise was left far behind. On the way, the hare saw a shady place. He stopped to take some rest. He sat down under a shady tree and fell asleep. The tortoise continued his race and reached the goal. When the hare woke up, he ran very fast but it was too late. When he reached the decided place, he was ashamed to see there the tortoise smiling at him.

There was a merchant in a village he used to cell caps. One day was passing through a forest carrying a bundle of caps on his shoulder. He got tired and sat under a shady tree to take a rest. Soon he fell asleep. When he woke up he found his caps missing. He was much upset as to where the caps had gone. Upwards he looked and found that many monkeys were sitting on the tree wearing caps on their heads. The merchant thought about how he should take his caps back from the monkey. Suddenly hit upon the idea that monkeys are in habit of copying others. He took his cap off his head and threw it to the ground. As soon as he did this all the monkeys took off caps and threw them to the ground. The merchant thank God. He collected his caps, tied them in a bundle, and went towards his destruction.

Moral: wisdom is a great blessing of Allah.

Once there lived an old farmer. He had four sons. They often quarreled with one another. He was very upset. One day, he fell ill. He called his sons He gave them a bundle of sticks. He asked them to break it. They tried their best but failed. Then, the old farmer untied the bundle and asked them to break the sticks one by one. They broke the sticks easily. At this, the old farmer said, “My sons Union is Strength. Nothing can defeat you as long as you are united like this bundle of sticks. But if you keep on fighting, you will be broken one by one.” After this, they never quarreled and lived peacefully.

Once a stag came to a pool to drink water. As the stag was drinking water it saw its reflection in the water. It saw its beautiful horns and felt proud. But as it saw its thin legs, it became sad. In the meantime, it heard the sound of some hounds. It ran for its life. Its legs carried it far away in no time. In the jungle, its horn was caught in a bush. Meanwhile, the hounds reached there. Within no time, they tore it into pieces.

Moral: All that glitters is not gold.

The Farmer and the Snake

Once in a winter morning, a farmer saw a snake frozen with cold. He was a very kind hearted man. He could not see anyone dying in this way without any help. He took pity on it, put it in a basket, and brought it home. He put it near the fire in the kitchen. After some time it opened its eyes and began to move here and there. Children of the farmer were also watching all this with great interest. Suddenly it attacked one of his sons but he quickly ran away. Seeing all this the farmer picked up a stick and killed it on the spot.

The oxen and the lion

Once there lived two oxen in a forest. They were fast friends. They always helped each other. One day while they were grazing grass, a lion appeared from somewhere. Both the oxen remained clam. They were not worried at all. They countered the lion in such a way as he ran off. A fox was nearby going to either of them and whispered cunningly. The fox’s trick put a disuniting effect. The oxen that were till a few days ago sacrificing friends of each other. The lion again attacks one of them. The other oxen that nearby did not come to his help. The lion killed the ox and went off. After a few days, it attacks the other ox too. Now he was alone, therefore he could not save himself. He was also killed by the lion.

Try Our Short Essays Notes for KIDS: Essays FOR Kids 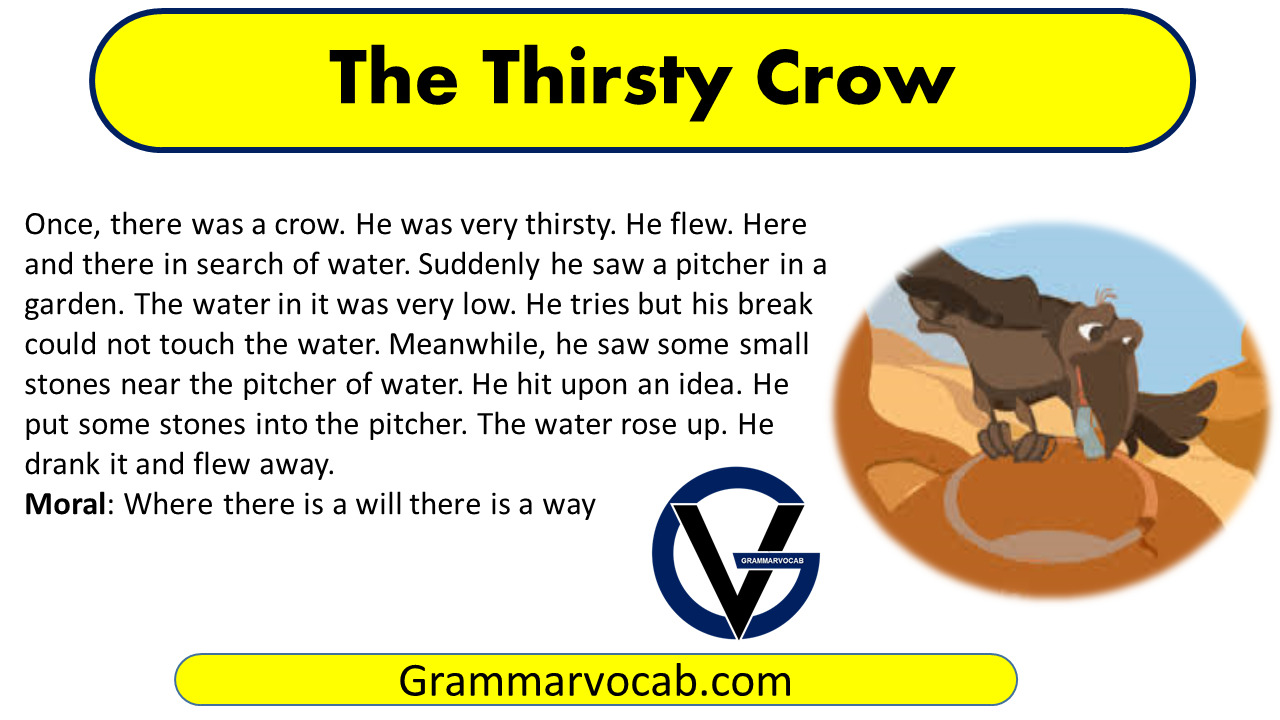 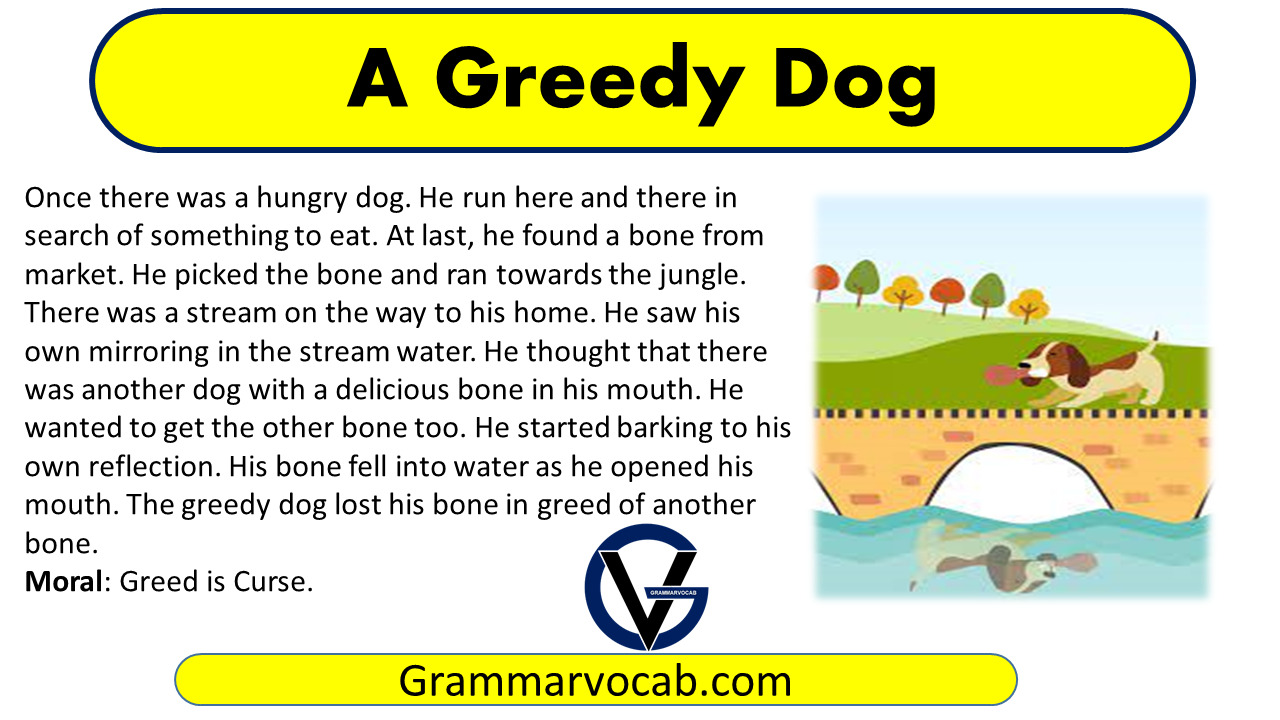 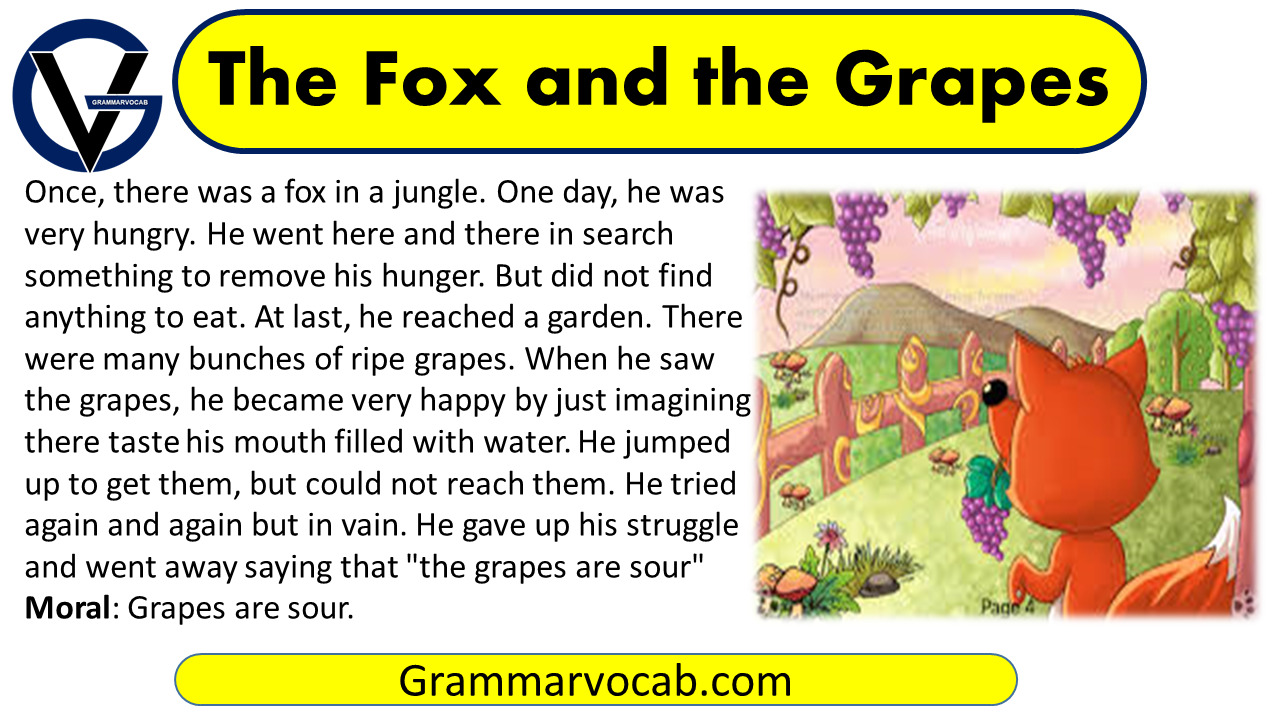 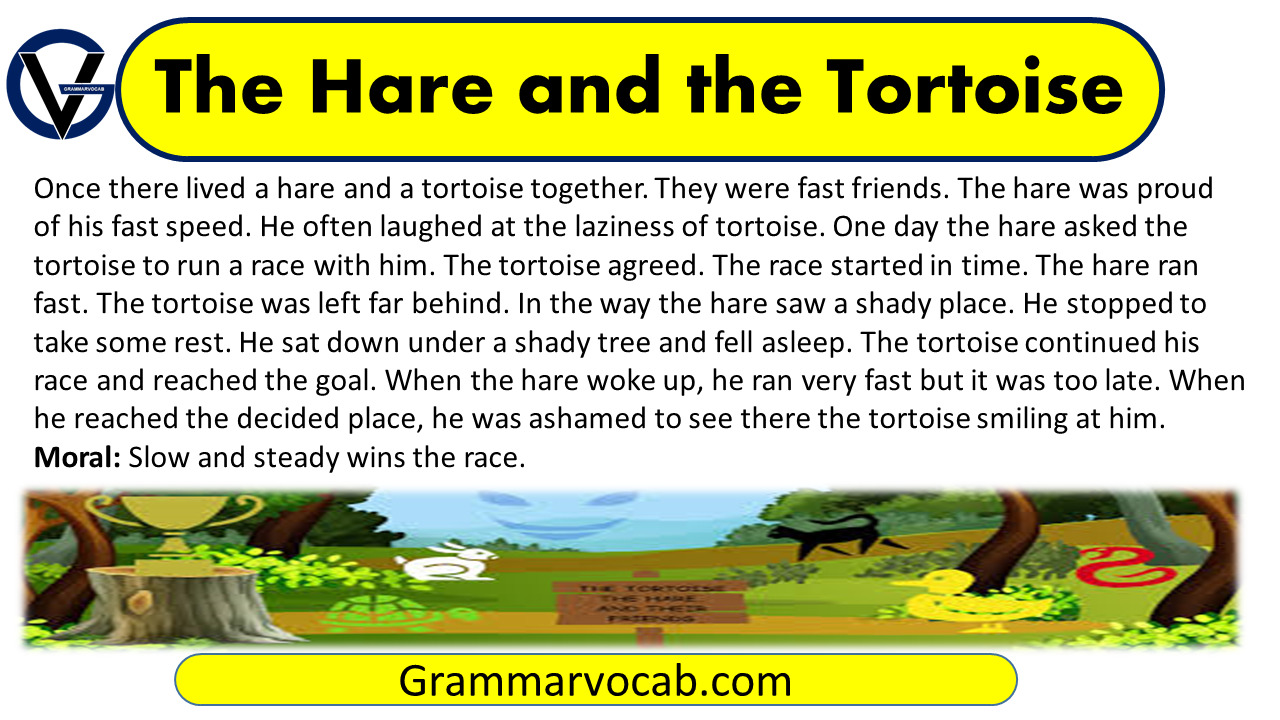 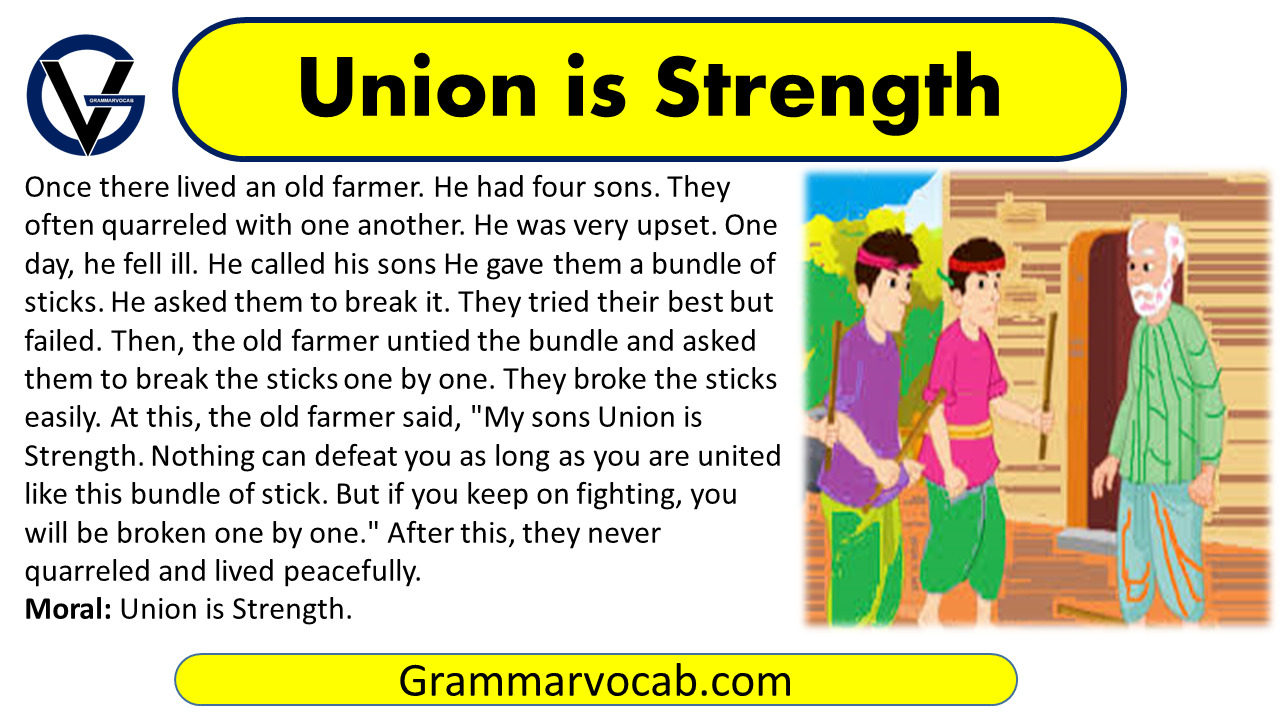 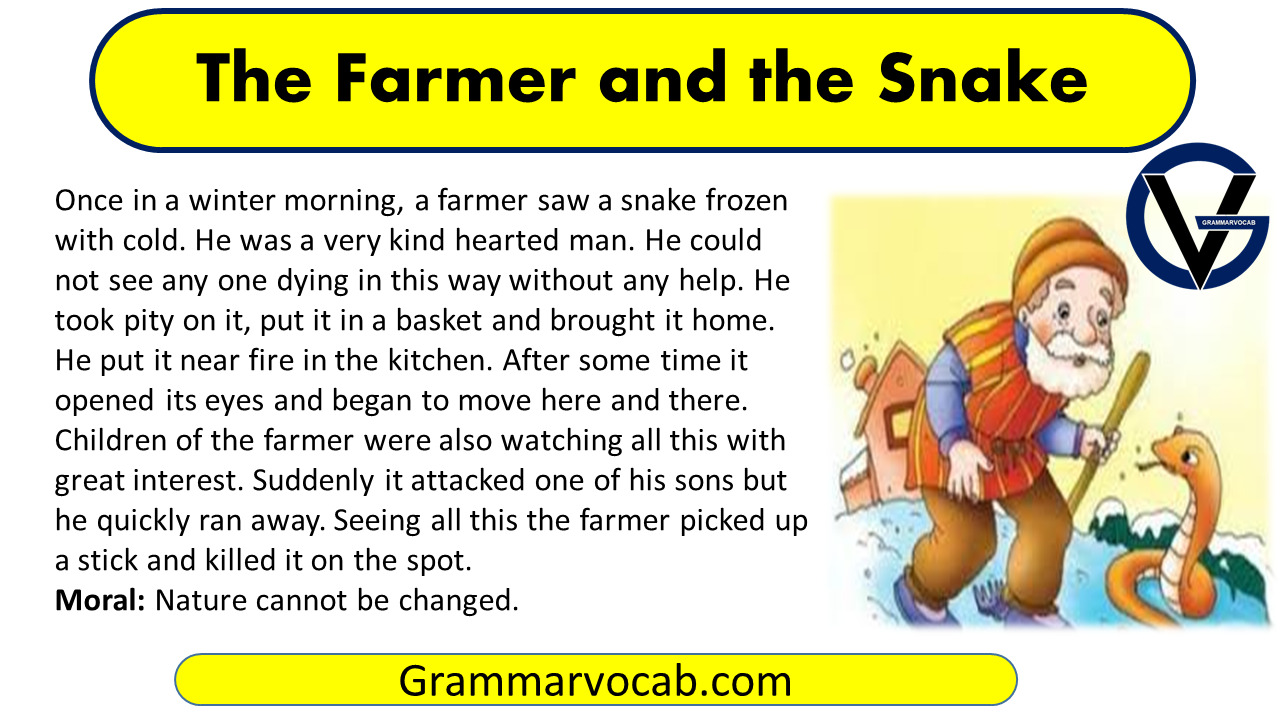 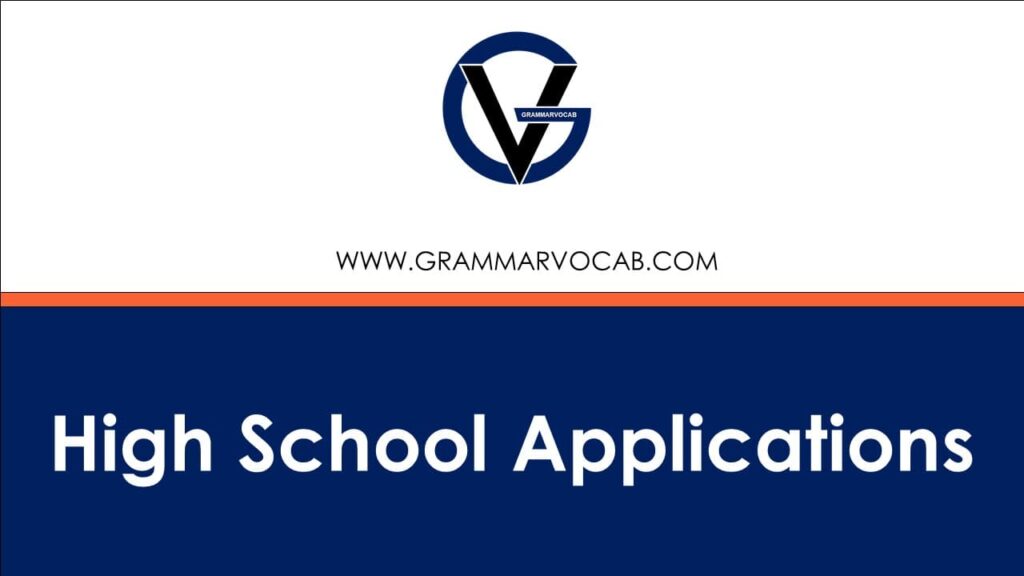 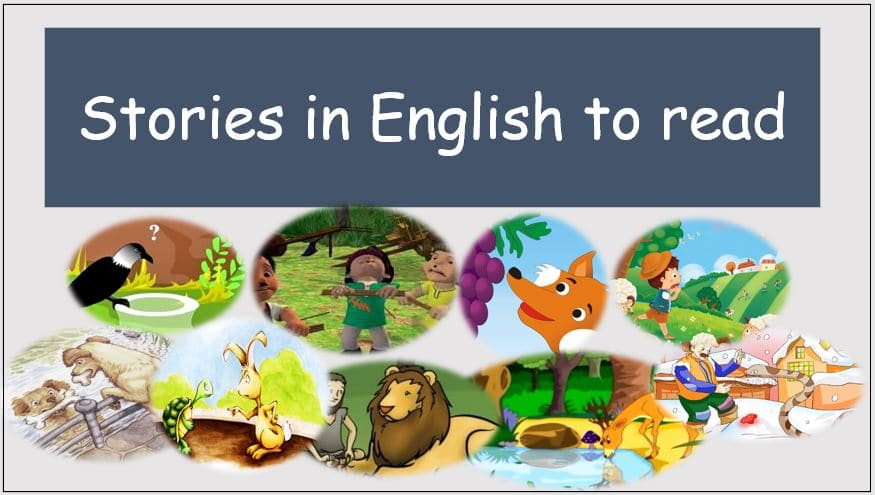 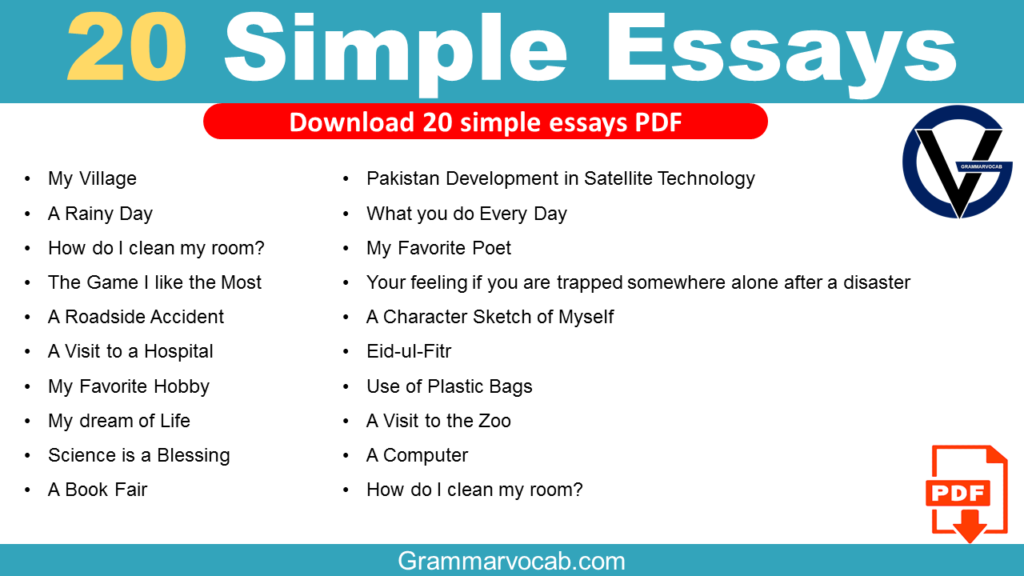