Hazrat Muhammad was born at Makkah in 571 A.D. Makkah is the city of Saudi Arabia. His father Hazrat Abdullah (R.A) had died before his birth. He was brought up by his mother Hazrat Amna (R.A). After that he was brought up by his loving grandfather Hazrat Abdul Matlib (R.A). After that Hazrat Abu Talib looked after him. He looked after him more affectionately than his own son. He was famous for his honesty and truthfulness. He married Hazrat Khadija (R.A) at the age of 25. He was rewarded by the Prophethood at the age of 40. He is a favorite person of Allah. He is a role model for every Muslim. The Holy Quran is revealed on Hazrat Muhammad. He passed away at the age of 63.

My father is my greatest strength. He has good habits and good manners. He helps me in my study. He loves to play with me. He believes in discipline. He helps my mother with household chores. He listens to my problems very patiently. He always cares our family members. He always shows a sense of confidence in me. I am proud of my father.

A friend in need is a friend indeed. Man is a social animal. He cannot live alone. He needs the help of others. So he makes friends. My father always advises me to keep away from bad company. Let me introduce you to my best friend. Ali is my best friend. He belongs to a noble family. We live like real brothers. He wears simple clothes. He helps the poor. He is of my age. His father is a doctor. He does not mix with bad boys. He says his prayers daily. He is very intelligent. He is at home in all subjects. He stands first in our class every year. He helps the weak boys in their studies. He is a good player of hockey. He is an apple of his parent’s eyes. live long!

Teaching is a noble profession. It is the profession of prophets. The best people in the world are those who teach others. The teacher is an engineer, a doctor, and an officer maker. I have many teachers but Ali is my best teacher. He belongs to a good family. His father is a doctor. He is an M.A., B.ED. He is fifty years old. He teaches us English. He checks our homework daily. He is very hard working. He gets up early in the morning. He wears neat and clean clothes. All the teachers like him. I like him very much. May he live long.

A policeman is a government servant. His duty is to keep law and order. He keeps our life and property safe. He is dutiful and obedient. He is always bold and courageous. He never hesitates to face dangers. He is always active, alert, and energetic. There are also traffic police. Traffic police control and regulate the traffic. He is a true servant of society. We should respect him.

I study in Govt. Pilot School. It has a new building with spacious rooms. It has a practical science lab for students. It has a big library. The playground of our school is very large and beautiful. Our class teacher is very kind man. All the other teachers are also kind. The principal of our school is a very friendly man. We all live like a family here. The schools like ours are the real wealth of our country. I am proud of my school.

Morning walk is a good exercise for all. It is very helpful for our health. It is as useful for the body as food. The fresh air is very useful for our lungs. The cool breeze refreshes us. We hear the chirping of the birds. I am very fond of morning walks, I get up early in the morning. The rising sun looks very beautiful in the park. Everything looks very fresh and blooming. The dewdrops on the grass look very lovely. We walk barefooted on the green grass.

A park is a place of beauty. It presents a feast of joy before us. In summer, I sit under its shady trees. The rows of roses attract my eyes. I enjoy the birds singing in the trees. I grow plants in the park. I come here to take fresh and clean air. It provides me a place for sports. Many people visit the garden at different hours of the day. People come here for a walk and jogging. Other people come here to exercise and easing. A park is a place of beauty.

A Visit to a Zoo

Last week we went to the Lahore zoo. I went with my father, mother, and brothers. We reached the zoo at around 12.00 p.m. We bought tickets and entered the zoo. First, we went to see the birds. There were many birds of beautiful colors. We also saw lions, tigers, bears, monkeys, and cheetahs. We also saw many other animals. After that, we went to the Aquarium. There we saw many varieties of fish. After that, we sat under a tree and had our lunch. At 4.00 p.m. we returned home. We will never forget this trip.

Road accidents are very common in big cities. Careless driving cause accidents. Some drivers do not obey the traffic rules. A car was coming at a very high speed. The car hits the cyclist at a turn. Another car collided with this car. The cyclist fell down. He became senseless. People caught the car driver. People called the Ambulance for the cyclist. We should follow the traffic rules to stay safe.”

Once I traveled by bus from Lahore to Multan. The bus started its journey at 6 p.m. It traveled at a good speed. There were road lights near the towns. It was very cold at night. All of a sudden, the bus stopped. There was some problem with the engine. The driver opened the engine and did some corrections. Luckily, the bus started again. I reached Multan at 11 p.m.

God has bestowed upon us many blessings. Mother is one of these blessings. I often feel incomplete without my mother. The name of my mother is she is a housewife. She is a very kind lady. She loves me very much. She gets up early in the morning. She says her prayers regularly. She recites the Holy Quran daily. She cooks food for us. She cleans the house daily. She helps me with my studies. She is a simple woman. She always helps the poor. I love her very much. May she live long!

The telephone is a wonderful gift of science. It was invented by Graham Bell. The two telephone sets are connected by wires. People use it everywhere. In every phone, it has a number. It has a speaker and a microphone. It has a dialing pad that shows numbers. It saves time and money. It is very useful to mankind.

Last year, Inter-board Tournament was held in our school. The final match was played between the teams of D. G. Khan and Rajanpur. Everybody was excited. The match started at 9 am. During the first half, both the teams played well. Only a minute before the end of the first half, the Rajanpur Team made a fast move. Their center forward hit the ball into the goal. After it, the referee blew the whistle to end the first half. In the second half, the D. G. Khan Team attacked well to equal the score. At last, they scored the equalizer. Now the match was in full swing. Each team was trying hard to score the winning goal. But no team could succeed in its efforts. At last, Rajanpur Team secured the winning goal. The people in favor of the winning team shouted and clapped. It was a wonderful match.

This age is the age of dearness. A man has to do a lot of work from morning till evening to earn his living. Sometimes, he has to labor beyond his capacity to meet his needs and desires properly. Thus he feels boredom. To keep the boredom away, he tries to enjoy some kind of recreation. A picnic party is also a source of recreation. During the summer vacation, we, the students of class seven, decided to have a trip to the Murree Hills. We went there by bus. We started our journey early in the morning. We were very happy and made the journey pleasant by talking and cutting jokes. The Journey through the mountainous area was very pleasant. There was greenery everywhere. We passed through the high hills of Marghala. The road lay ahead moving round the lofty rocks. The scenery was very charming. The ascent and descent of the road were very enjoyable. We stopped on the way and had our lunch at a restaurant. We reached Murree before sunset. We stay Edina rest house. We enjoyed ourselves in the beautiful scenery of Murree Hills. A ride on the chairlift at Ayoubia was very thrilling. We stayed there for a week. It was a wonderful experience. We cannot forget those happy moments.

A visit to Hill Station

After taking exams I felt boredom. I managed to go to Murree to keep the boredom away. I with my class fellows went Murree by bus. We start our journey early in the morning. We made our journey pleasant by cutting jokes. There was greenery everywhere near the mountainous area. We passed through the high hills of Marghala. The ascent and descent of the road were very enjoyable. We reached Murree before sunset. We enjoy ourselves of the beautiful views of Murree. A ride on the chair lift at Ayoubia was very exciting. We stayed there for a week.

Quaid-e-Azam is the greatest leader of our history. His real name is Muhammad Ali Jinnah. His father’s name was Ponja Jinnah. He was a businessman in Karachi. He was born in Karachi on 25th December 1876. He was an intelligent and serious child. He received his early education in Karachi. He was a man of great willpower. He worked very hard for the nation. In 1940 the famous Pakistan Resolution was adopted. Pakistan came into being on 14th August 1947. He became its first Governor-General of Pakistan, He died on 11th September 1948. His tomb is in Karachi. 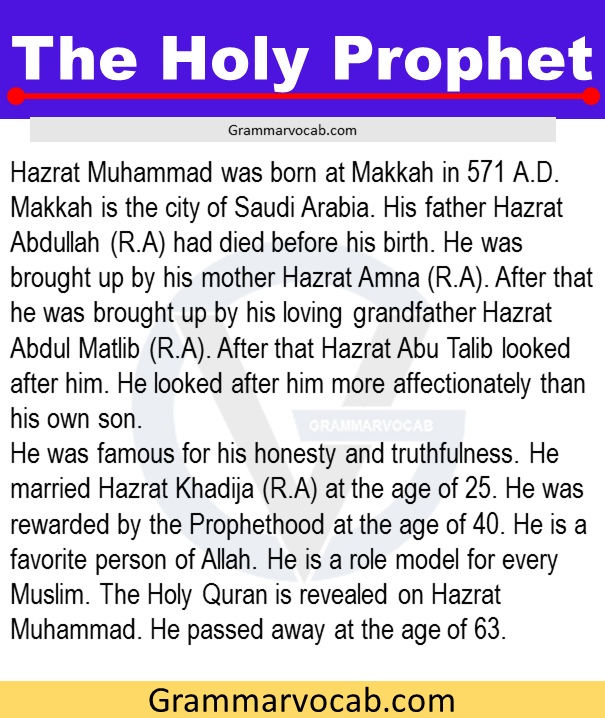 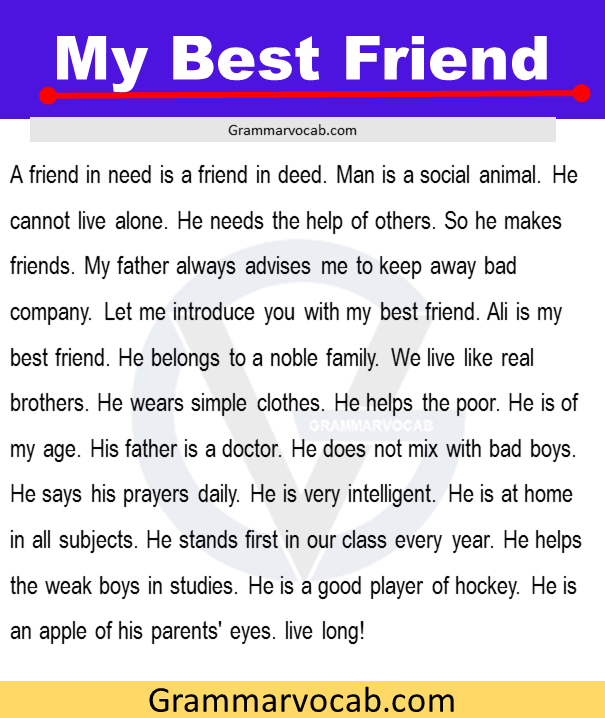 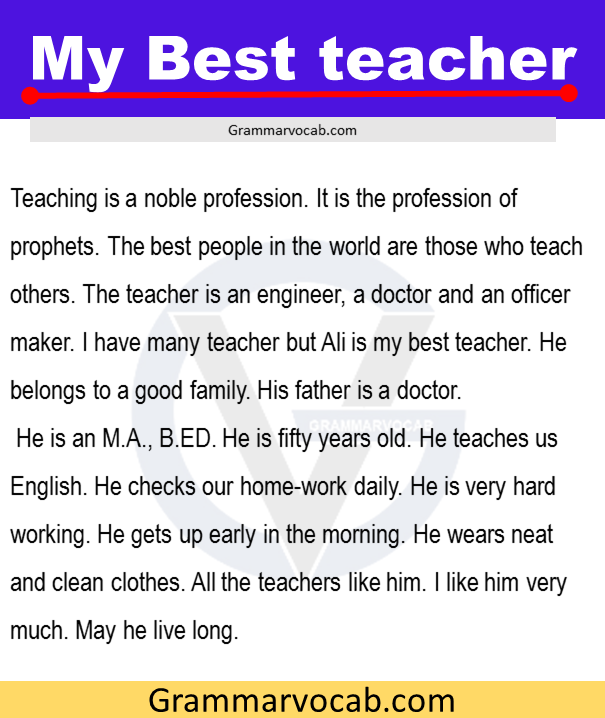 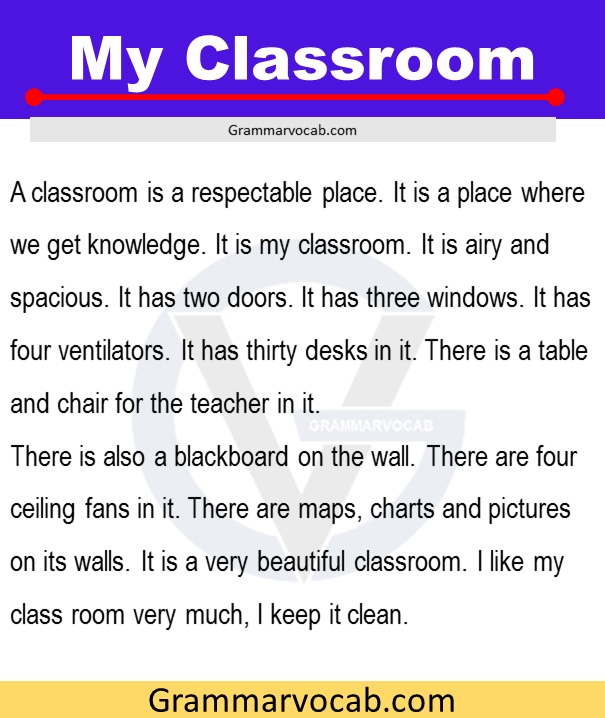 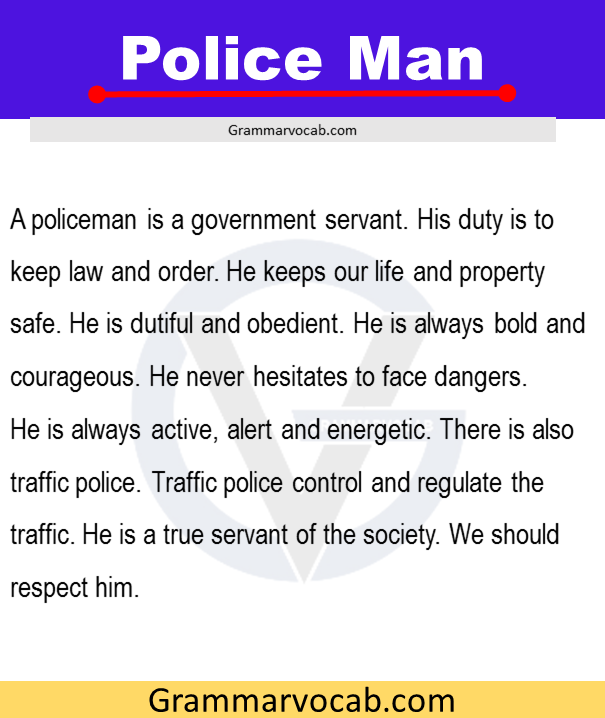 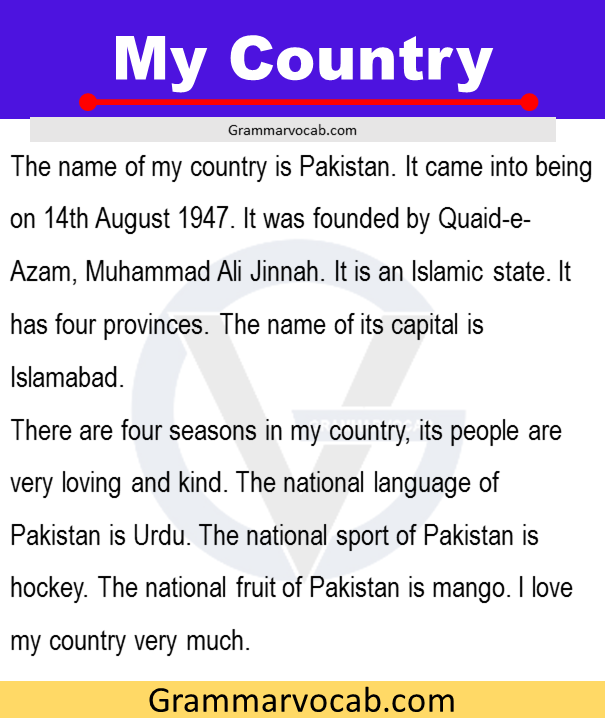 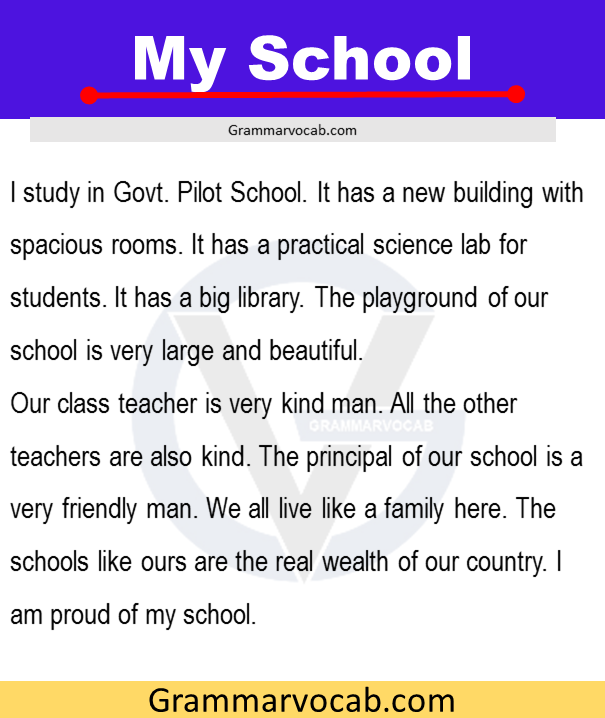 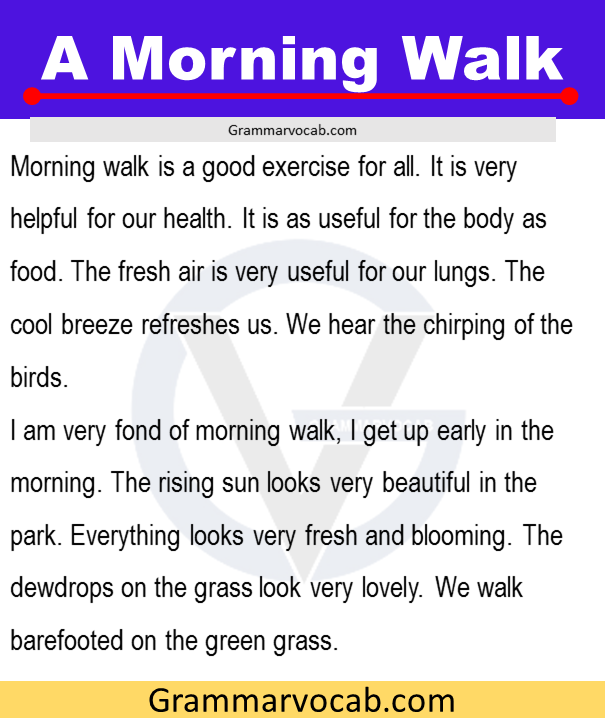 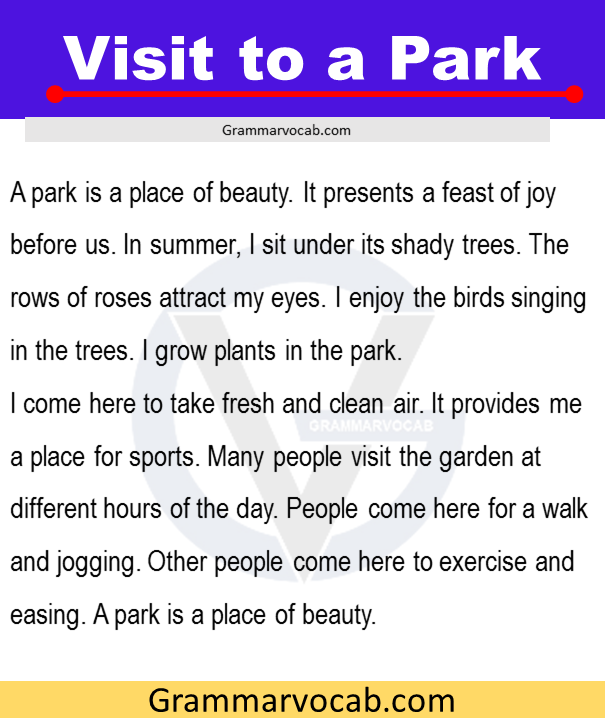 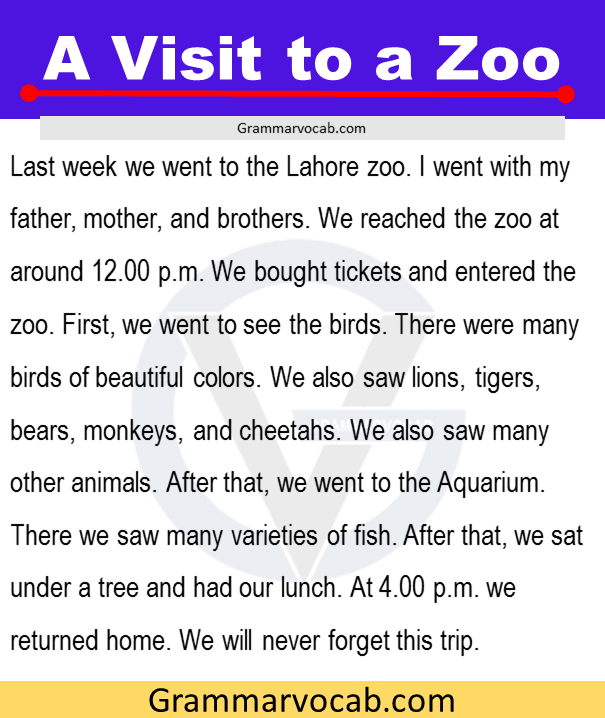 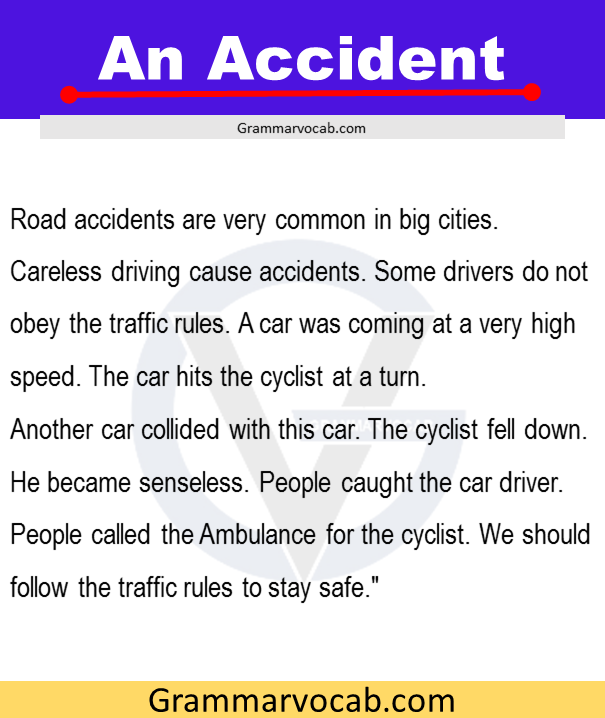 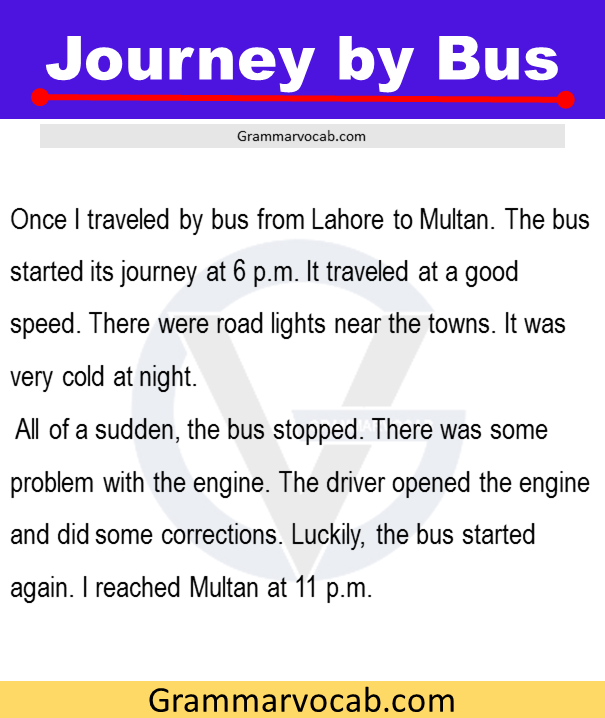 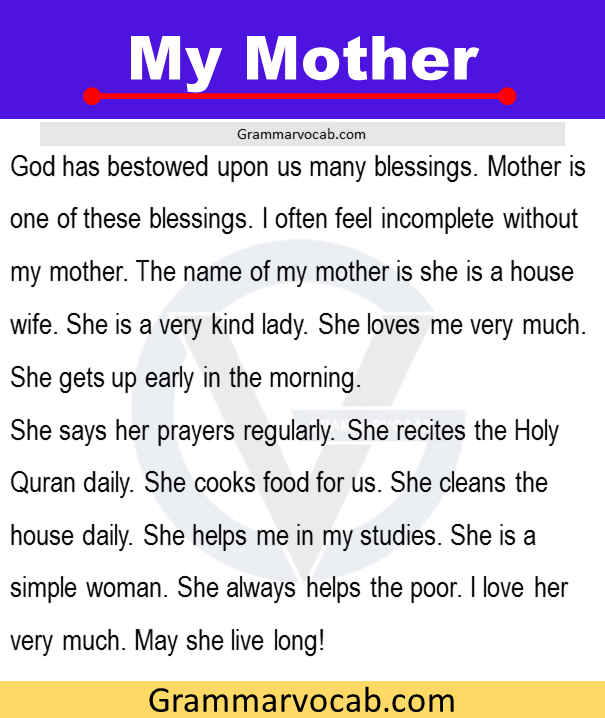 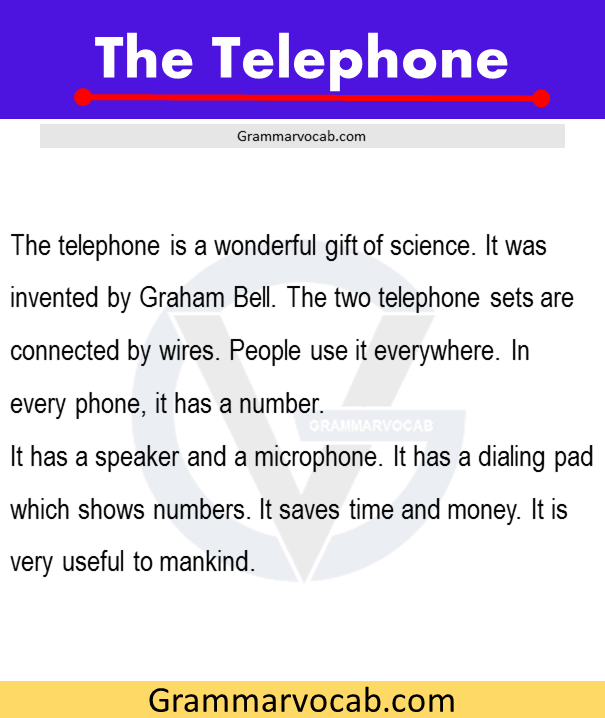 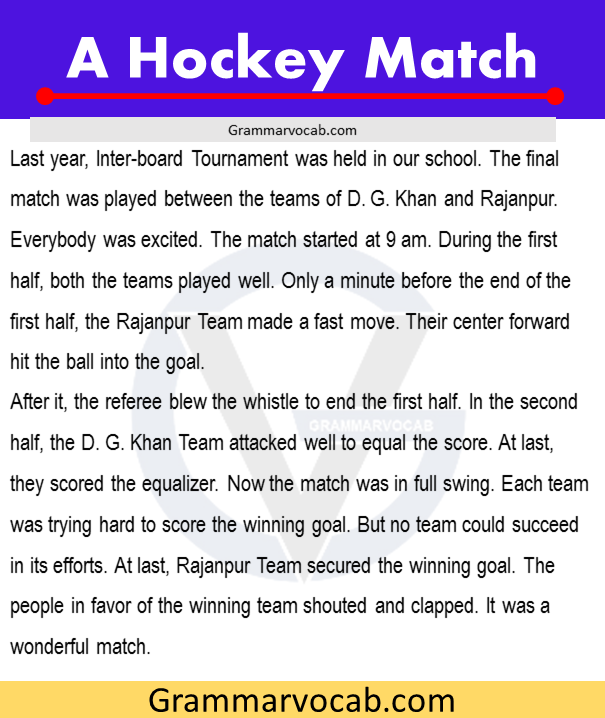 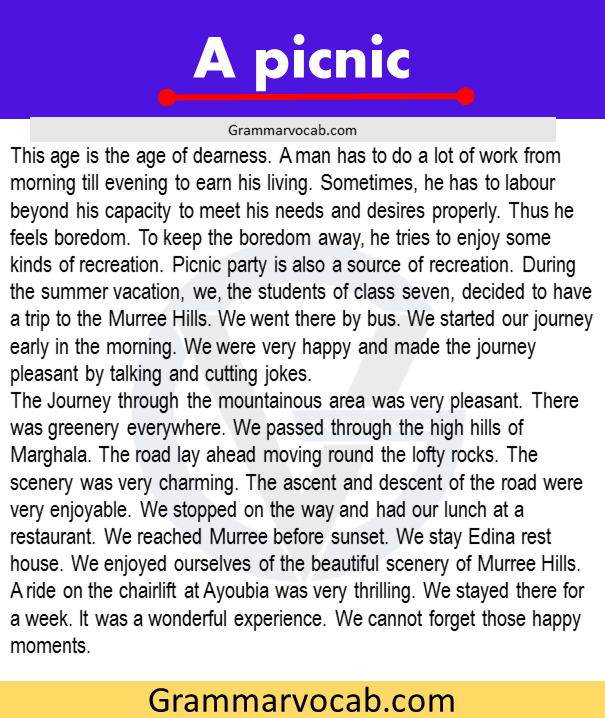 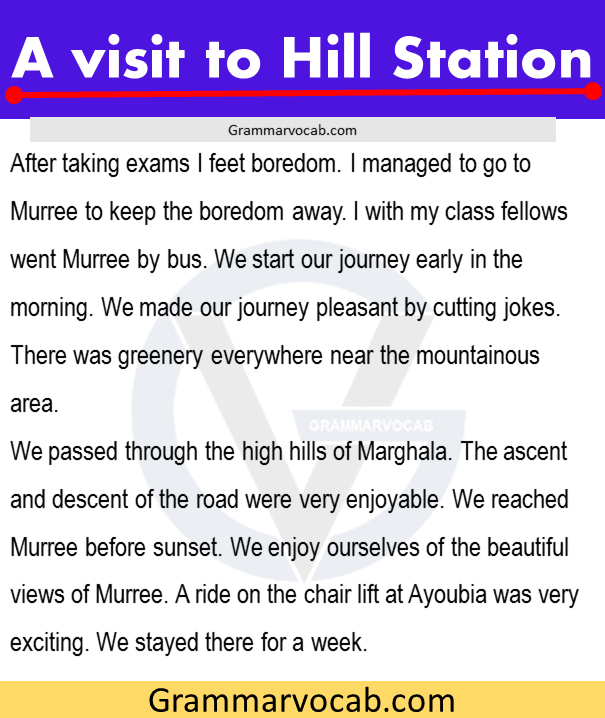 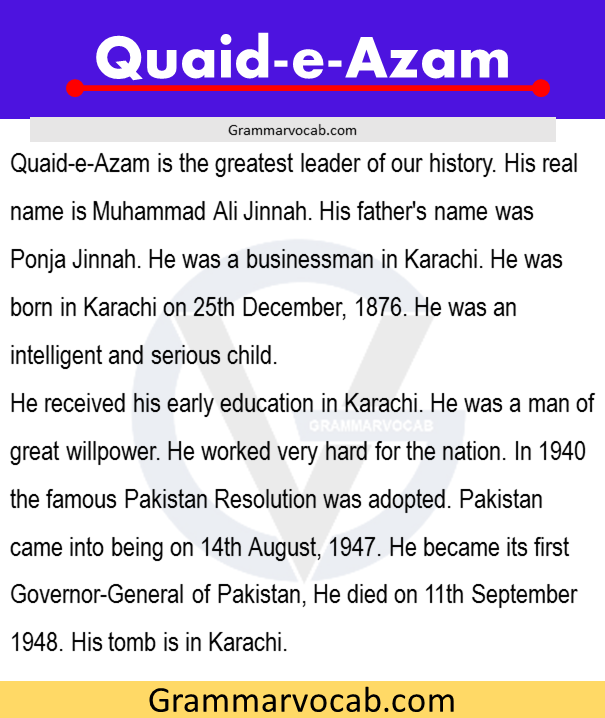